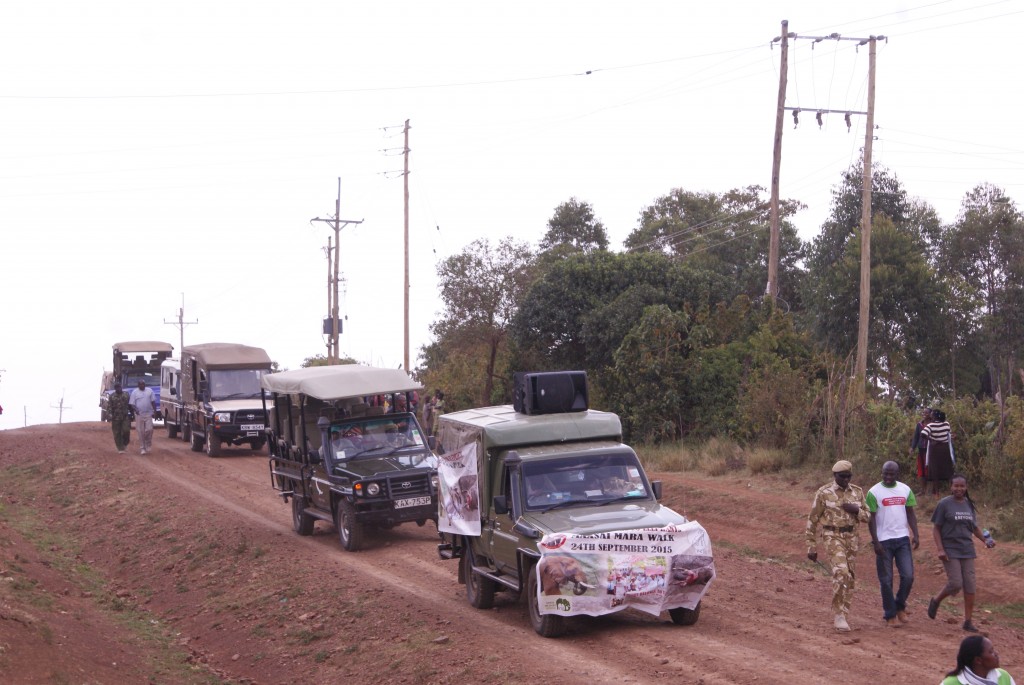 Day two: I am here ready to walk from Lorgarian center to Oloolo gate quite a distance of about 25km, the day look clear with clouds and signs of rains before the noon but ready for it. As usual our Major the 92* big ranger would do his drill in the morning ensuring every one is fit for the day, just before we break from the parade a two hotels namely Angama and Mara West joined the parade and some were enthralled by how major would shout “ ups – relax “ its was fan all through got this from one person from Mara West.

The team now with Mara West, Angama, KWS, Anne Kent Taylor and ENC will be walking from Lorgorian after Assistant Deputy County Commissioner addresses the crowd. An usual thing happened that left my team and I worried was when ACC stood to address the communities they started leaving one by one expressing their discomfort, thanks to our Major who through his Maasai language intervened and requested them to be patient as we were about to leave them. All this left me wondering what could be happening and I would later learn that ACC was new in the area and he was unknown to any one. I am now ready to walk out of Lorgorian with motorcycle escorting my team and I shouting and hooting with a team branded blue who are very energetic, it took me 2 hours before reaching Olpinkindongoi and Engos Nanyukie a certain village that borders Nyakweri forest which is under human threats. Just arriving in the center a group of Kitchwa Tembo and that of Mpata camps arrived in two tracks ready to walk. I engaged the local people to conserve the Nyakweri forest, which serves as maternity for elephants just before they enter into Mara Triangle amidst human threats. Some of these human threats include trapping of wildlife, cutting red cidas or Juniperus and illegal grazing evidences was all over as you could see the fences elected using red cidas. Within another one hour I was in in the last shopping center Kawai a place know for poachers hideout and a lot of bush meat trade is done here, during our meeting I learnt that community in this area eat baboons and hyenas unknowingly, such animals are trapped and they would be skinned and sold to locals. According to Maasai culture it’s a taboo to eat wildlife however culture change is now a reality with generation change commonly known as “ bucket “ according to Maasai age set. This generation is believed to be in the transitions and not either understanding the culture limitation and prerogatives. I would finish the meeting at Kawai with a big conveys showing unanimity from hotels, camps and lodges that leaves me not only encouraged but revitalized thank you Elias Kamande of Anne Kent Taylor Fund for mobilizing the hotels for me. It is time to go home now and Elias is whispering to me that Anne Kent had organized a goat “choma” for my team and I, what a surprise after a long and successful day covering 29km. We all drove to their camp just by Ololoo gate and for sure we found a ready roasted goat with the head roster “ Warden Daniel, all the attention was on the goat and the sky was heavy ready to pour some water but no one cared and we could here Hyenas giggling they had already smelled the meat. My friend Kiama who had never camped could not grasp how will this come to an end, just before we started eating a team from Angama hotel where I would spend the night on a complementary basis arrived and we all enjoyed the meat despite the scare from rains and hyenas. 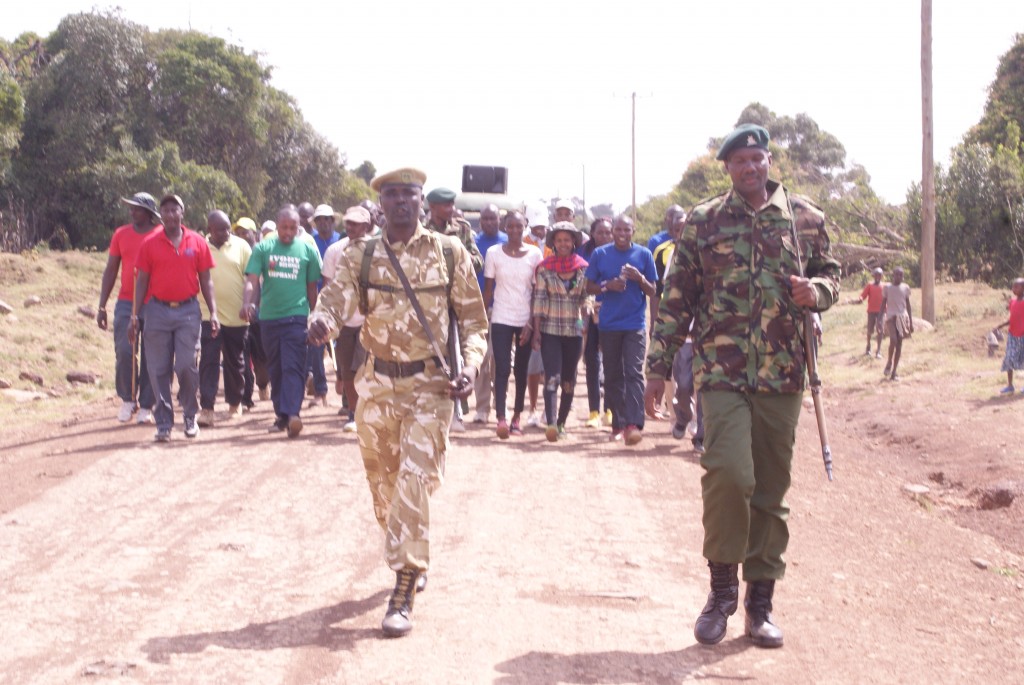