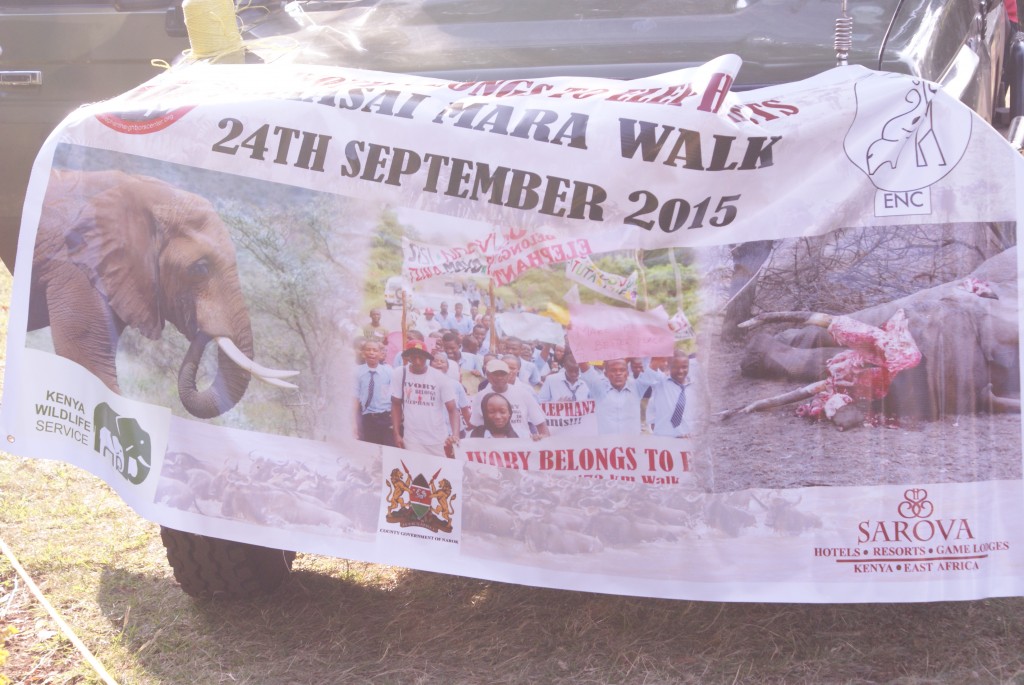 Maasai Mara grass-root education and awareness campaign walk came to an end after 11 days covering 260km. Like any other walk I would spend a lot of time planning that involves groundwork and sometime doing a reconnaissance so as to have a feeling and a clear picture of the area.

This walk had three clear objectives (1) Raising awareness on the plight of African elephant and with emphasis on Maasai Mara and Serengeti Ecosystem (2) Engaging cooperate, conservation agent, local government and local communities on how to participate in wildlife conservation and (3) Educate all on the new Wildlife and conservation Management Act 2013.

My team and I left for Kilgoris on the night of September 23nd ready for 11 days, which to me looked like two days with the latest walk I undertook in traversing Emali- Loitoktok- Taveta to Voi 455km in 37 days. With my two pairs of walking and a raincoat I was ready for change of weather not afraid of Kenyan rain remembering how I was rained on in New Bedford in Connecticut in 2013 during my 31 days walk from Cape Cod in Massachusetts to Washington DC 560miles.

Day 1 would find me in Kilgoris KWS office where I was received by KWS team lead by Francis Muchiri Narok County Warden in charge of Conservation education and Mr. Buya Assistant Warden in Kilgoris. Mr. Muchiri received me in Tana River in 2014 when I was about to finish my 34 days walk from Shimba Hills Kwale to Lamu on the same mission “ Ivory belongs to elephants campaign walk. The morning briefs were done by KWS sergeant who would take a role of a Major and making sure all things are done for the next 11 days or so, this would make my work easy as I would not worry so much on managing the team. We are all set for flag off from Kilgoris trading center and all ready for Deputy County Commissioner who finally never showed up despite his promises and was to bring a Kenyan flag; 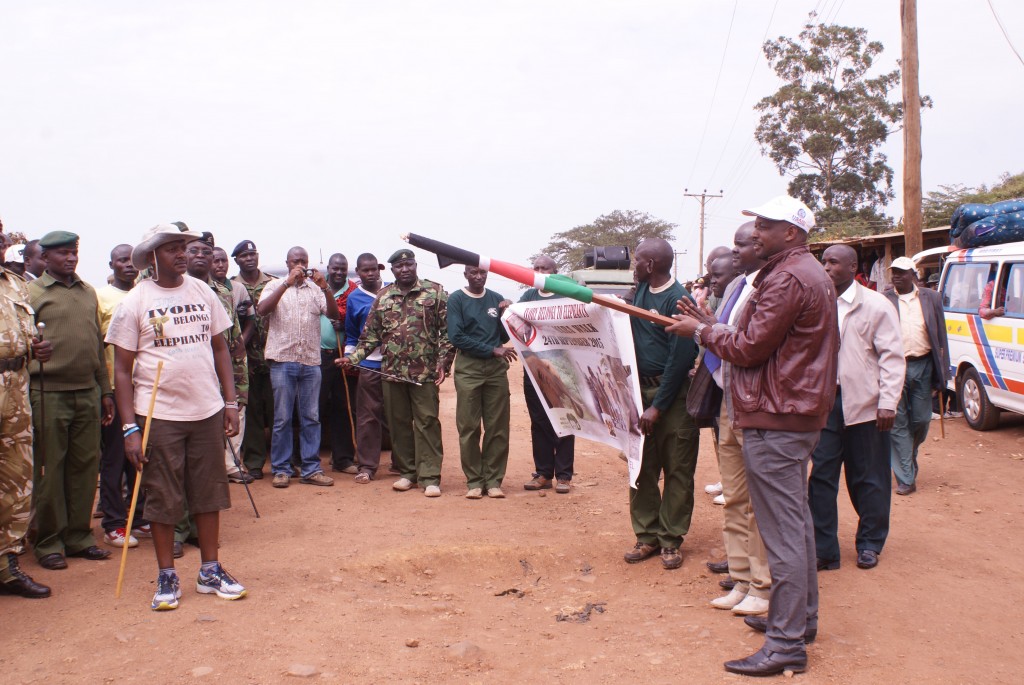 This could not perturbed since am used to this kind of promises and within no time we got a flag from Sub county Administrator who would flag the wagon with Chief Officer in charge of Tourism and Wildlife Mr. Willy. In my speech which I always make before the walk, I pungently give elephant population and poaching trend in Maasai Mara that did not only provoked the Chief officer but made Sub county Administrator confess he comes from Maasai Mara /Transmara but he did not see that danger. In 2010 the entire Maasai Mara had 3,071 and only last year KWS and Tanzania conservation team counted 1,448 elephants, this trend reflect other wildlife such as lion, cheater, wildebeest leopard among others as well as habitat loss and degradation. Maasai Mara was crowed as seventh wanders due to crossing of Wildebeest from Serengeti to Kenya through Mara River in 2006 however it ranked fourth in Kenya when it comes to elephant population in this order Tsavo conservation area 11,076, Samburu/Laikipia 6,500, Mt Kenya, 2,700, Aberdares Forest 1,900 respectively. The first day would take us to Lorgarian 27km with a stop over at Mitingwar and Ol-motonyi trading center. 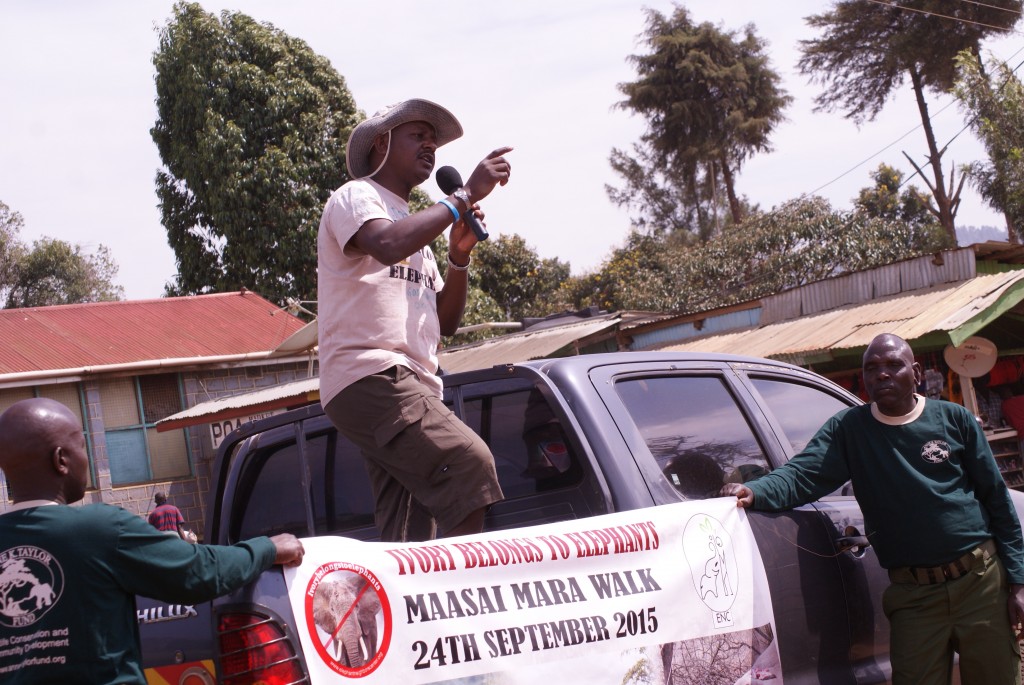 Just before reaching to Lorgarian rain came from behind us and within no time we were all wet, this would change our camping plan and showing film at Lorgarian center. We decided to look for place we could stay, what an experience in a hotel in Lorgarian! I was the first one to be given what would be the best room, the bath room did not had door though the bed was neat and since I was tired I did not mind. Its now time to sleep after meals and evening briefs planning for the second day, I did not know that I would stay awake the whole night due to malodourous smell that was raised by the rains, I missed my tents and vowed to pitch it despite the weather.