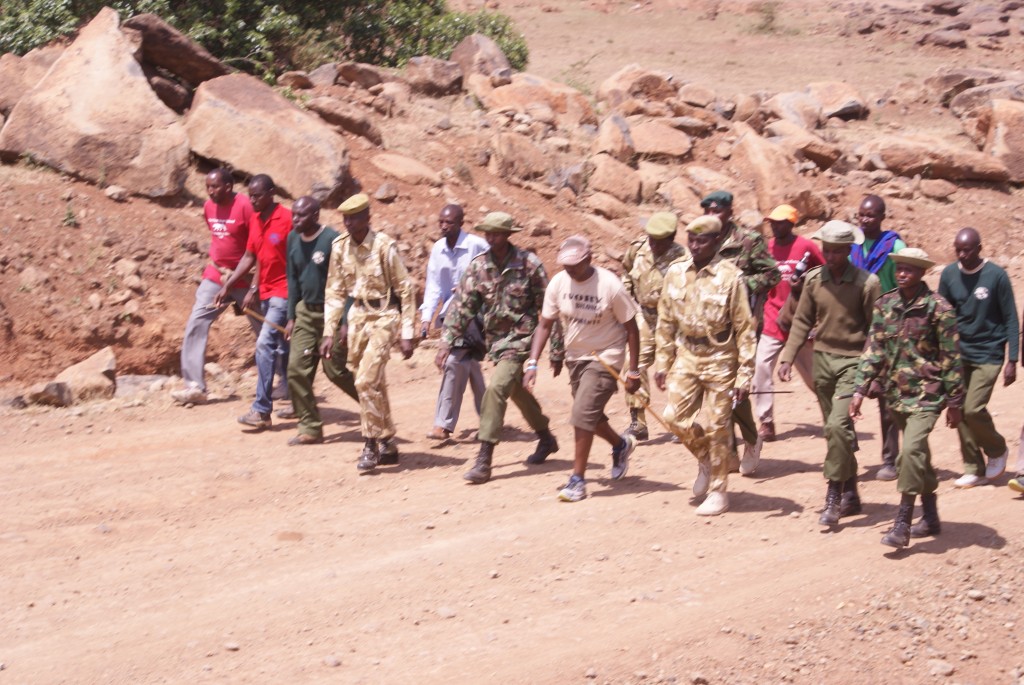 Day 3: This day would start with a scenic view of Mara Triangle from my room seeing the balloon’s hanging on the air, this was a confirmation that Maasai Mara is the place to do balloon safari that I started hearing many years ago though have never taken a ride and have no one to blame. After the breakfast I was now ready to join the team and begin the walk from the famous Mara River that flows from Mau to Lake Victoria through Serengeti and form a platform for wildebeest to cross from Serengeti to Maasai Mara and vise vasa making it “ Seventh Wanders “. With must rest I needed from Angama unlike the previous night in Lorgorian I was ready for 26 km in what would turn out to be the hottest day in my 11 days walk, our Major off course with his morning drills has paired people and ready for my brief the day’s expectation and if any short comings; Its very hot here and we had to start walking since the area assistant chief had organized a meeting for us at Mara Rianda which is 5 km from our starting point, in about 1 hour or so we all arrived at Mara Rianda and addressing to the “ Rocky town” Mara Rianda and I emphasized on embracing the conservancy model that was introduced in the Mara North as a way of reducing human-wildlife conflict and creating of job opportunity among other benefits.

I would walk in the middle of conservancy enjoying the natural pant that would rejuvenate my mission on this course creating space for wildlife, I would see some homes inside the conservancy and Elias and the local chief explained to me that some people have refused to join the other members and are living inside the conservancy. This was not only dangerous but very risk as wildlife and in particular had started colonizing the conservancy; animals are highly adaptable if they are provided with undisturbed environment such as conservancy with has same characteristic of the park or reserves. In an hour of so I arrived in a community function and our host chief had briefed them that I will be passing there and address them, about seventy men welcome me by the entrance of the church compound and walked me in as women sing welcoming songs with jubilation and I remembered a book called “ Government Inspector “ where people received the wrong government inspector who later arrived incognito. I would learn later that they had fundraiser in aid of church construction and they were expecting some guests to arrive for the function, this provoked me and had to give Ksh 5,000 in support of the church construction. 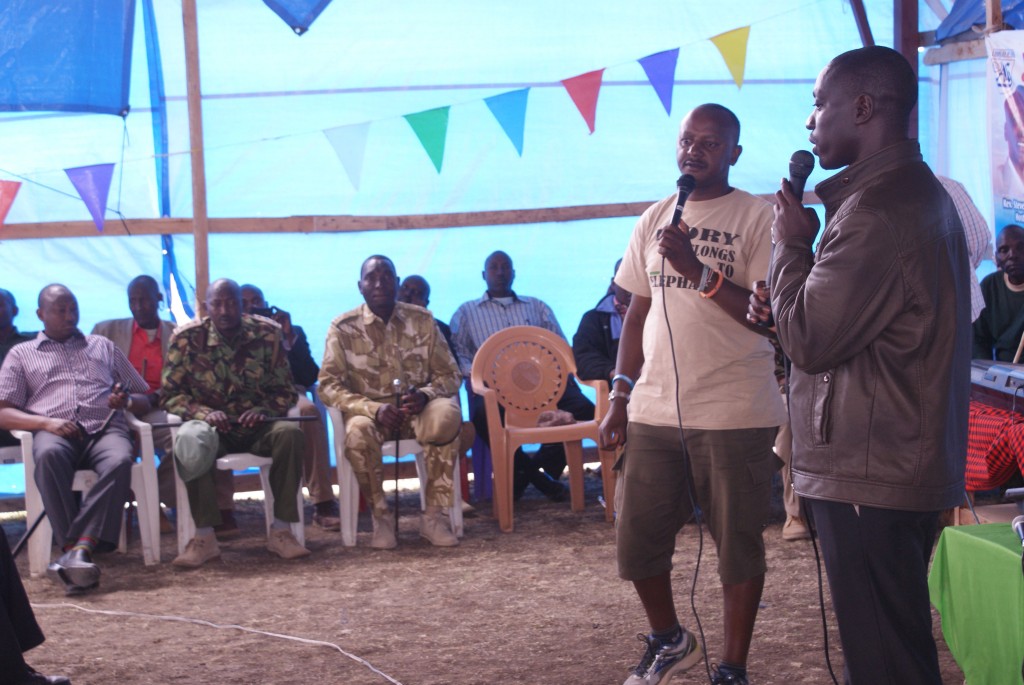 I talked to the congregations reminding them how God creating man and was placed in the garden of Eden and when he sinned Noah was given the mandate to safe wildlife and was ordered to pick a male and female to Ark, I challenged the to play a significant role in wildlife conservation since they believe in God’s creation and have tasted the conservation benefit. We are now ready to leave and continue with the remaining section of the walk before addressing a crowd at Aitong trading center and call it a day; Just before we leave the church I was pulled toward another room and I would tell where we are headed was kitchen as I could see women carrying plates, what would happen now! My team and I are not used for lunch! We had no alternative but to have a bite that gave us energy to walk for another 1 hour before Aitong center where a man would be arrested that evening with leopard skin. During our planning meeting, it was reported that Aitong, Donyo ringa and Talek are known for poaching and bush meat trade and this was confirmed and during our meeting I noted young people started running away and we were left with very few people to talk with.

Time to look for camping and here comes a young man called Sailouwa from Mara Elephant project and insisted that we have to spend at their place which was about 10km away, We all settle for the place since it was secured and had all that we needed water and camping space. 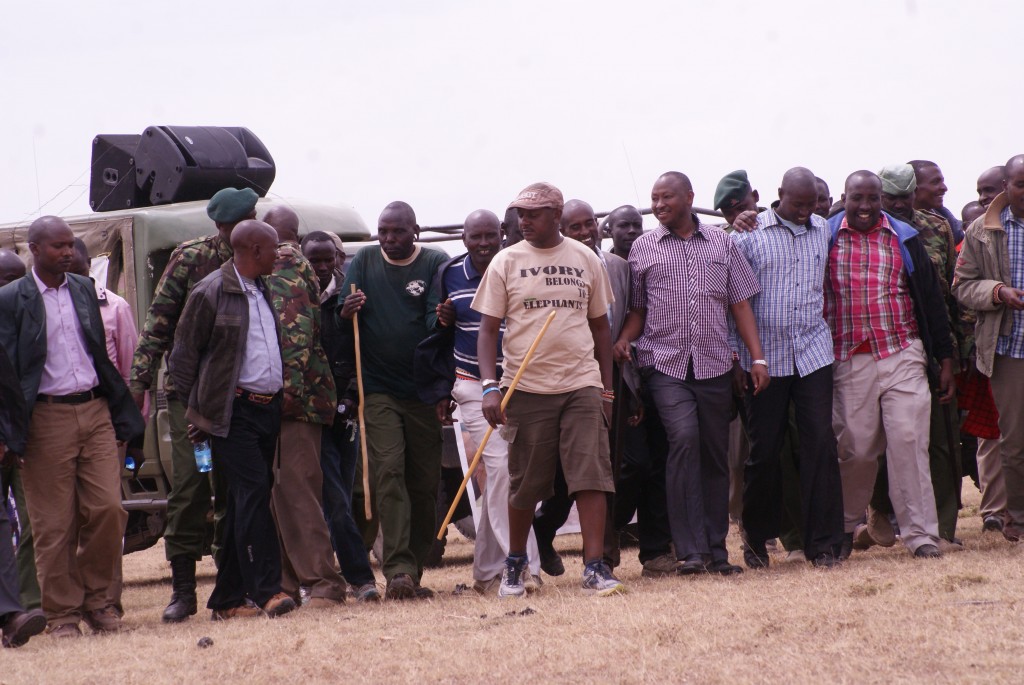