Day 8: I was woken up by the noise from dogs that had started backing due to music that was coming from one tent owned by Dorah Amondi and they were not used to it, Peter, Gilbert and Alex joined the dog in complaining since the music was on as from 5am. The young men vowed to pitch her tent 1 k m away so that she can enjoy her music alone how this was going to happen remained concealed. Just before we leave we all gathered this time not Major’s drill but to say a word to Koiye’s family before leaving for Ol mesutie and Ikerin Loita, we had two crate of sodas and as a sign of unity and appreciating Koiye’s kindness Nkejia ashe Koiye’s “ thank you Koiye and later set for Olmesutie a distance that took us 2 and half hours. In 2012 I had a chance of visiting Loita and it looked different with new farms and some new settlement coming up, there was evidence of rural to rural migration and soon there will be wildlife displacement and human-wildlife conflict will be uncontrollable. 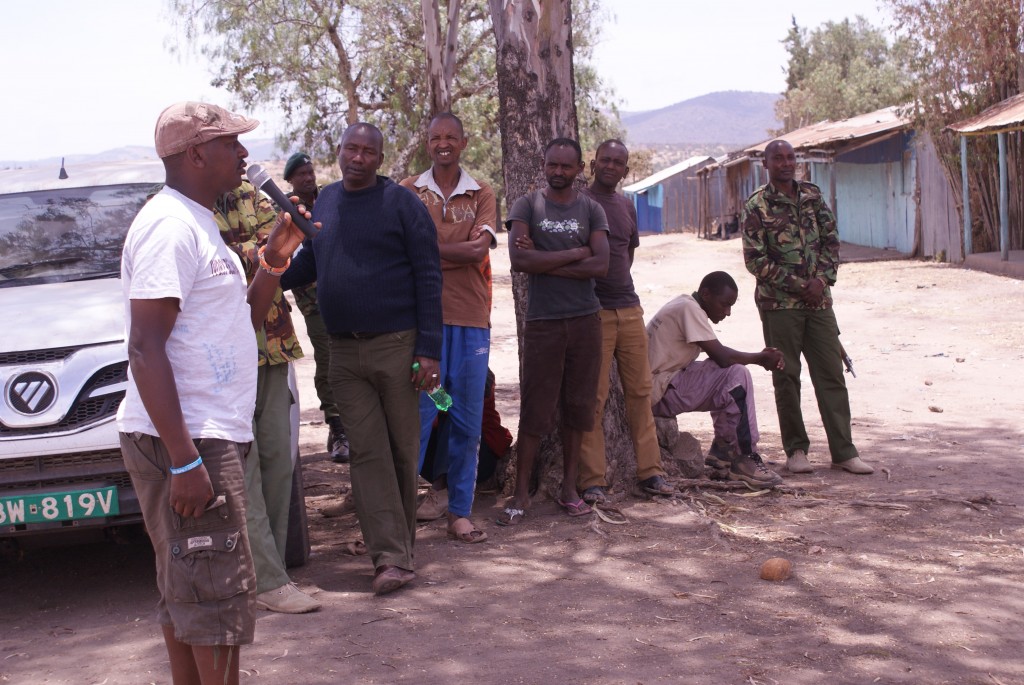 In my intercession about the future of Loita area we passed a river that was very dry and I could flamboyantly remember passing there and almost got stuck in 2012 September, there were virgin farms along the river and on the upstream and its just a matter of time even the scattered wildlife will soon disappear for luck of water. 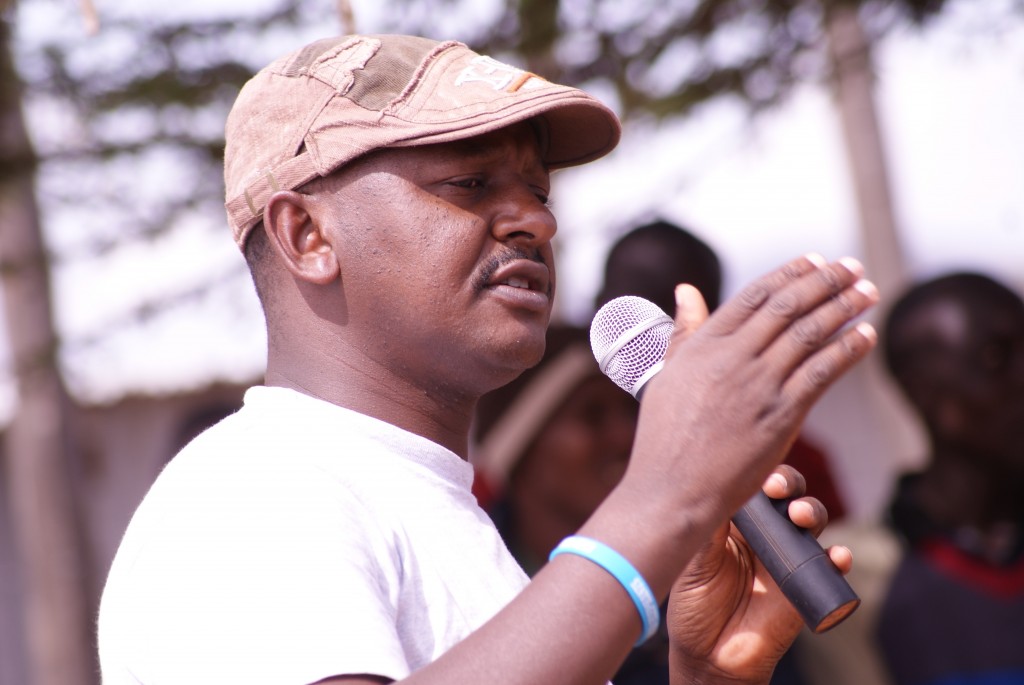 I am now in Olmesutie a small shopping center but according to Mr. Kimojino it was the hideout of poachers and people who would steal cows and would later walked them to Tanzania which is about 30km or less, at an hours time we were ready to leave for Ilkerin Loita where we intend to camp and show evening film with plans to take 2 hours fatigue. I had been at Ilkerin Loita before and I had an impression on where we can stay without camping, just before we finish the meeting I spotted one elder who I knew and he would organize where we could stay at Ilkerin Integral development Project, this project deals with Sahiwa cows, goats and sheep geared in transforming the indigenous Maasai livestock.

At around 7pm we are now ready to show video at Ilkerin center and later have dinner, which was organized, by one of my team Kironga from Ann Kent Taylor. Mr. Koiye had escorted us with a live goat and Kironga would make arrangements for it to be prepared, shocking news would come by that the goat did not had intestines, kidney and liver something that was mystery until the last day when Kironga would explain to us on the mystery that remained untold. 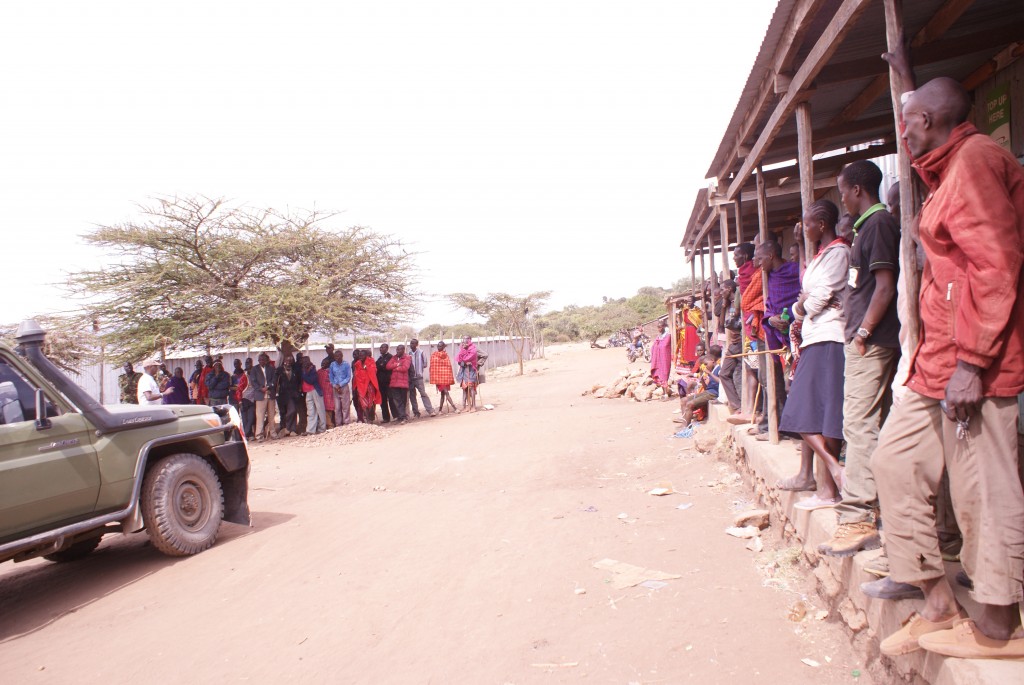