Day 7 would start with another meeting at Naroosora since it was a market day and people from different areas where my entourage would not reach would gather by market place. 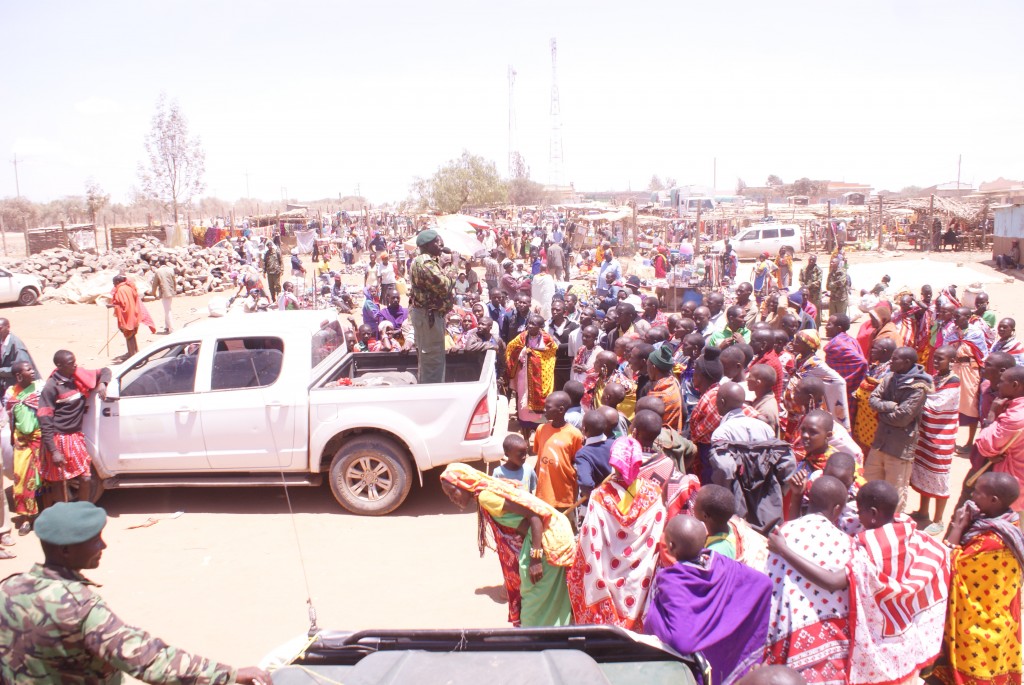 Later after the meeting we drove towards Morijo Loita quite a distance after navigating undulating hilly and this would confirms that we have entered Loita Plains rich in red cida and arrow Poison Tree. Acokanthera schimperi this tree is called Olmorijo in Maasai thus a town is named after that tree Morijo-Loita where am expected to address my last meeting. The distance from Naroosora was about 45km amidst our land lover overheating and we had to pour 2 dozen of mineral water donated into the land lover for it to cool. Loita as its denoted as vast place, its undeveloped and rich with wildlife crossing from Tanzania through Olposiporu- Oldekesi along the border and from Maasai Mara Game reserve through Sand-River and elephants from Mau forest through Siapei, Ongata Naado, Mosiro area, its unfortunate in this rich area there is no KWS, Maasai Mara Game Reserve active offices or any community conservancy. For the last 3 years serious poaching has been reported in the area taking advantage of her remoteness and plenty of wildlife. 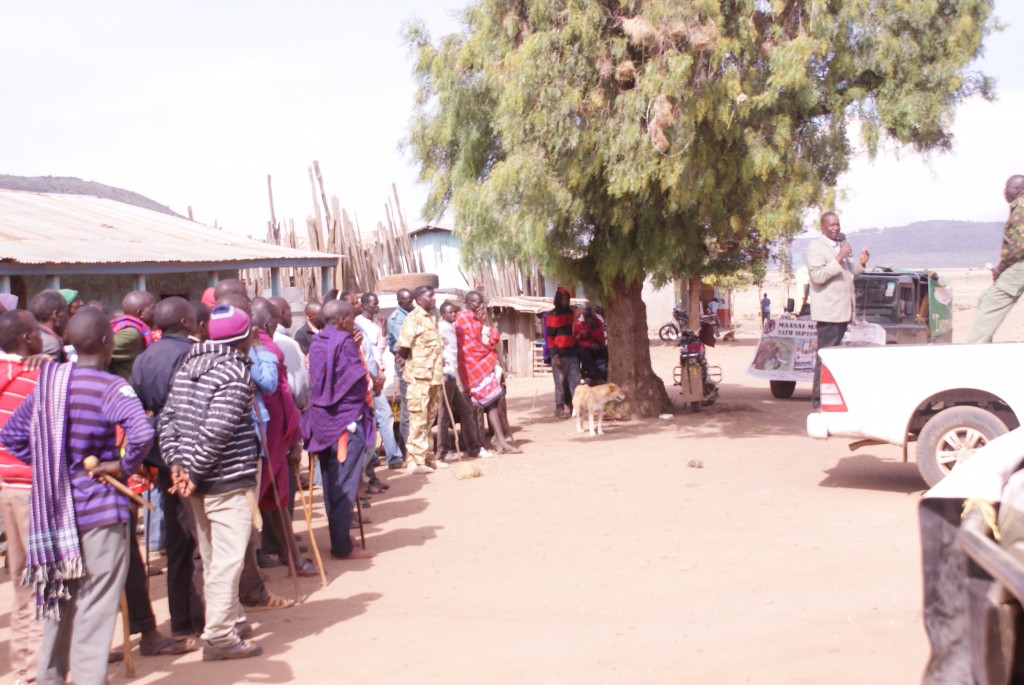 In 2005 I collared two elephants using satellite collars in Magadi with an attempt to monitor the movements between males and females, during the dry season elephants would spend most of the time in Loita “ Nemenikio forest” and during wet seasons in Magadi – Shompole and Olkiramatian thick forest and through Kernel range the ranging pattern for the male and female was more less the same. We found some people waiting for us at the center and with the presence of the local chief who had prior information, along the way I saw a lot of charcoal kills and motorbike carrying charcoal ascertaining Loita as source of charcoal production with vast market to Naroosora- Olposiporu Tanzania border. All the speakers that includes Mr. Ole Kimojino Warden Maasai Mara Game Reserve and Francis Muchiri KWS community Warden echoed and condemned the charcoal burning as it’s an offence and can attract court fine. One of the managers of Olonana camp in Mara North who come from Ol Morijo had invited us in his house and had prepared a goat for my team and I through Elias Kamande, this was good news that I learnt this morning from Elias and I was looking forward to it. In an about 45 minutes of so we are at Mr. Koiyee’s home and his relatives including his father was aware that some guest will be spending with them, it was quite encouraging to see the entire family and neighbors congregating in Koiyee’s home you would think there was “Ntaringo” Maasai ceremony. One of our KWS team leader Mr. Muchiri is leaving the group on an official meeting and I had to see him off before joining Koiyee’s father who narrated some sad story about poaching incidences of early 80’s and what is happening today, according to him basic education and awareness is the only way to change the mind set of our new generation that have no passion for wildlife conservation says the old man. He upholds my hypothesis that one of the conservation challenges is lack of information and connection with the loss of wildlife and habits, at this time the home is full of villagers and Peter our sound manager requested to set up the video for them as we “ romoni” talk story with Old man and later enjoyed the boiled and flied meat ready to retire.