Day 10 comes with hopes to see tomorrow the final October 4th where over 130 Nations will be marching for elephants globally. In 2013 I culminated my 30 days walk from Boston in Massachusetts passing, Rhode Islands, Connecticut, Newyork , New Jersey, Pennsylvania, Delware, Maryland, to Washington DC by joining the first Global Elephant and Rhino march that had over 2000 people, this year I will walk from Sekenani trading center through Maasai Mara Game reserve to Oloolaimutia covering 16 km in the park. One of the ranger from Maasai Mara Game Reserve who hails from Naikarra had prepared a goat for my team and I and invited his relatives to wait for us in his father’s home, its about 500 meters from FOC-KWS Naikarra office and we found another drill at home from children to elders waiting for us. I fell in love with a young boy and girl at Rotiken’s home and decided to brand them “ Ivory belongs to elephants “, I have missed school children who would sings songs “ ndovu wetu “ our elephants behind me and blowing dust during the walk. Mr. Kimujino reminds me that I have one more meeting before am driven to Sekenani, he would see my exhaustion despite the high spirit from my face! I have to finish but I needed rest, which I did not get it. We drove to a place called Nkineji meaning a place of sheep, this is the place where an elephant was speared and killed 4 days ago and slackened my campaign walk in Majimoto areas. We found chief Kaura waiting for us, chief and I had worked together in year 2005 during the EIA assessment, just before my time to talk comes I am spotting a lady who worked for me and she later made some branded wristbands using Kenya flag for me in 2013 before leaving for USA and sold all of them. 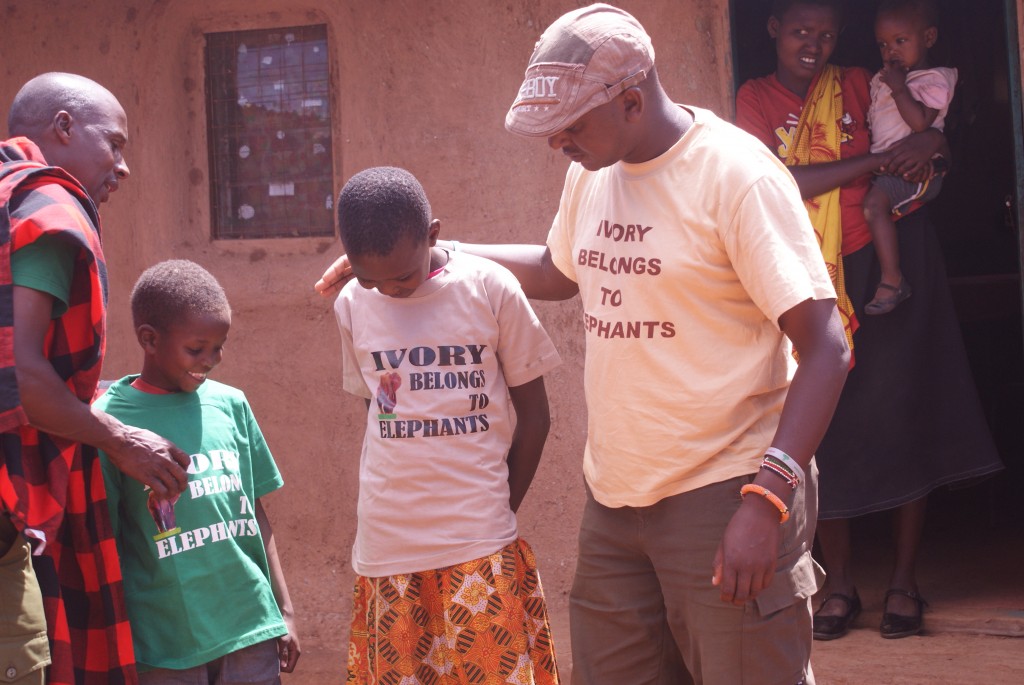 I remember during my walk in the US I sold this wristbands’ and since them I have been looking for Julia to make some more thank God she accepted to make 5000 pieces for us. I am worried on how to start my conversation remembering run down of Siana Springs and killing the elephants! This was the most difficult time for me remembering my meeting in Meru where community chased my team and I at Mutwati and am avoiding being emotional here. I appeased my heart and I emphatically hit the nails to the head reminding people that Kenya lose at least 2 elephants per day and one poached in Siana is counted and has triggered to reduce our national elephant population that stands a below 26,000 in Kenya.

We are now passing Losho just before Oloolaimutia and I requested our driver to let me say hello to community who live by the Manyatta that I helped them to establish kitchen garden in 2008. What a welcome with a calabash full of milk! I would be helped by Ranger Rotiken to shake the milk before it was served to us, “Kure naudo” this kind of milk in Maasai Land is commonly given to a special person who is known by Maasai. 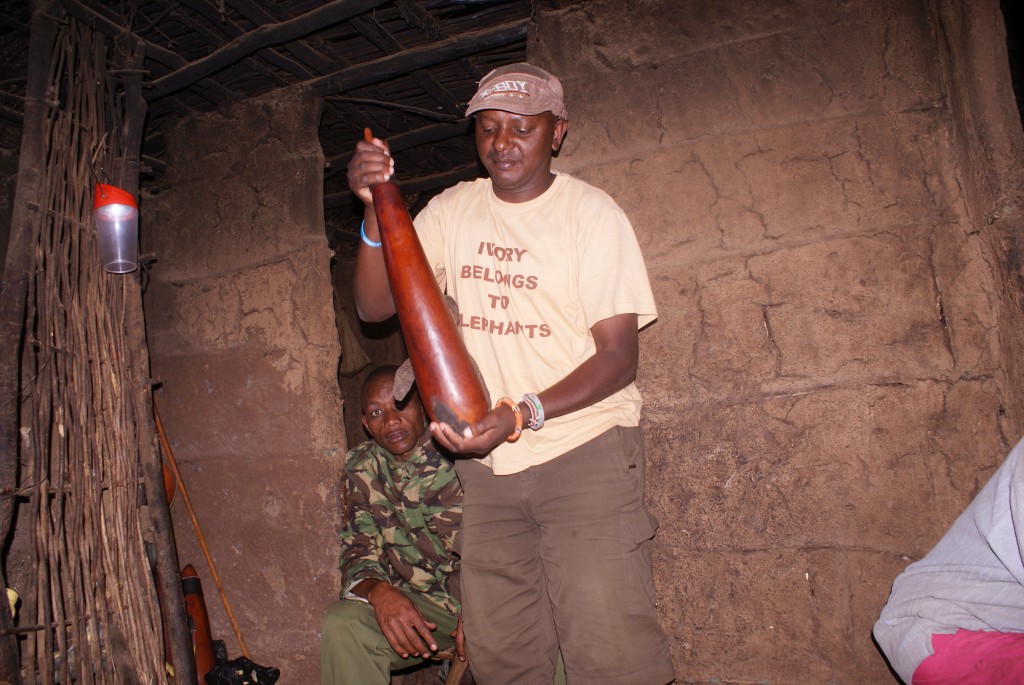 The day is busy with so many calls from my visitors Serah Thiga, Salim Umar; Lucy Woki among others, just before we passed Oloolaimutia Kiama would stop the wagon for a brief meeting with Maasai Mara warden Tunai who confirmed everything was okay according to Narok County CEC Tourism and that of Water and Environment who had promised to provide 3 tents, chairs, public address and bring water for participants that never- was. Its getting late and we have to be received by the Senior Park Warden Mr. Moses Kuyioni and his senior staff by his office at Sekenani, I am thrilled to see you back Jim after I left you at Kilgoris but you look tired says Moses as he shakes my hands at his office! Walking, talking and planning is tiring ……….. those were my soft words ! We had a briefing about tomorrow as well as received the team that arrived from Nairobi ready to walk with me. The night was too long for me as usual! This would remind me my walk from Maasai Mara- Nyahururu- Mt Kenya to Nairobi in 2013, my last night I slept at Karura and would finish at KWS Langata after walking in 50 days covering 1,710 thanks to, Bobby Reriani, Cyrus Ole Rabui amd Monicah Kariro WWF Naivasha who kept me awake the whole night nursing my blisters! This time I have only walked for 11 days no blisters but a troubling headache, itching eyes and stomach upset may the day opening!!!