This afternoon Executive Director and the founder of Elephant Neighbors Center Jim Justus Nyamu appreciated Prof Judi Wakhungu Cabinet Secretary at the Ministry of Environment , Natural Resources and Regional Development for her support in the Ivory belongs to elephant campaign walk . Jim Justus Nyamu commonly known as ” Elephant walk man” has walked over 6000 miles in Kenya and in the US raising awareness on the plight of African elephants, Jim Nyamu is an elephant specialist with over 18 years of experience as a Research Scientist and has worked with various organisation such as Kenya Wildlife Service and African Conservation Center. 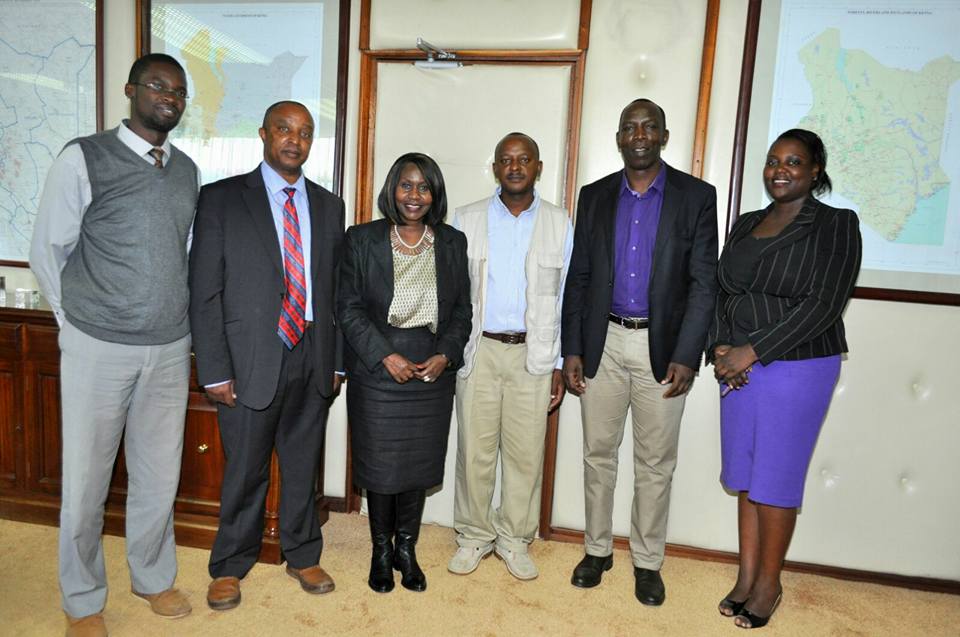 Jim will launch his bid for the upcoming East African Elephant walk tomorrow at KWS Boardroom , this walk aims at walking 3200km from Naironi, Dar es Salaam , Kampala to Nairobi next year March 2016 and bring the three head of states together ahead of CoP 17 scheduled for July-September 2016 in South Africa.Kenya, Tanzania and Uganda has lost 82,577 between 2002 and 2013 from a population of 134,506. Tanzania alone lost 55,000 elephants during this period while Uganda and Kenya their population increased but not significant. This is the most recent survey however 2014 and 2015 have been regarded as the most merciless and elephant carnage in all the country.Follow up with his campaign dubbed ” Ivorybelongstoelephants https://www.facebook.com/groups/elephantcenter/