Day 6 : May the day break and see another day out of Siana ! A renown philosopher was quoted saying “ praising what is lost make a remembrance dear” this words were true the entire night recollecting how Siana Spring was, however I had to catch up with Major and his drill in the morning. We are still on the schedule and required to drive all the way to Ngoswani for a community meeting; this was not a market place as the previous day was a market day at Nkoillae where I addressed people. 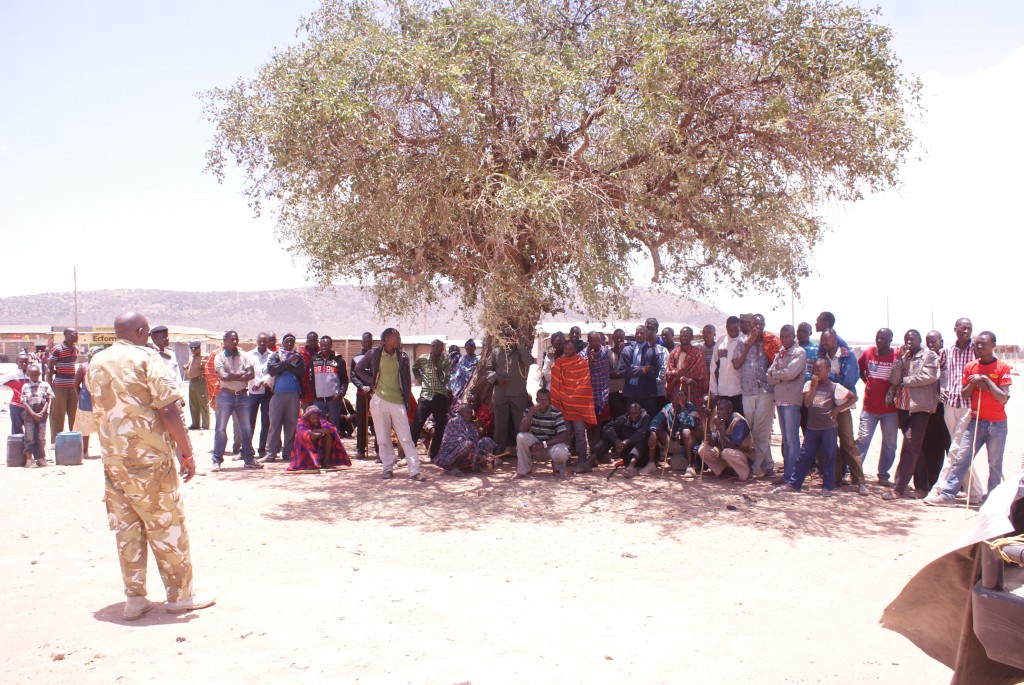 From Ngoswani we are driving to Majimoto a distance of 30km and ensured that we had all what we needed and our vehicles fixed because we will be in Loita area which is interior with limited services for the next 3 days. Its at this time I would lean that a middle bull elephant has been speared and died though tusk recovered by KWS in Siana area where I had spent the night, how do you comprehend such news that have instigated me to have many sleepless night and a lot of blisters in lessening this! My afternoon was rancid despite the goodies I had received in Talek and Nkoilale and had nothing but to bodily revile the act and talked about it for the next three days. 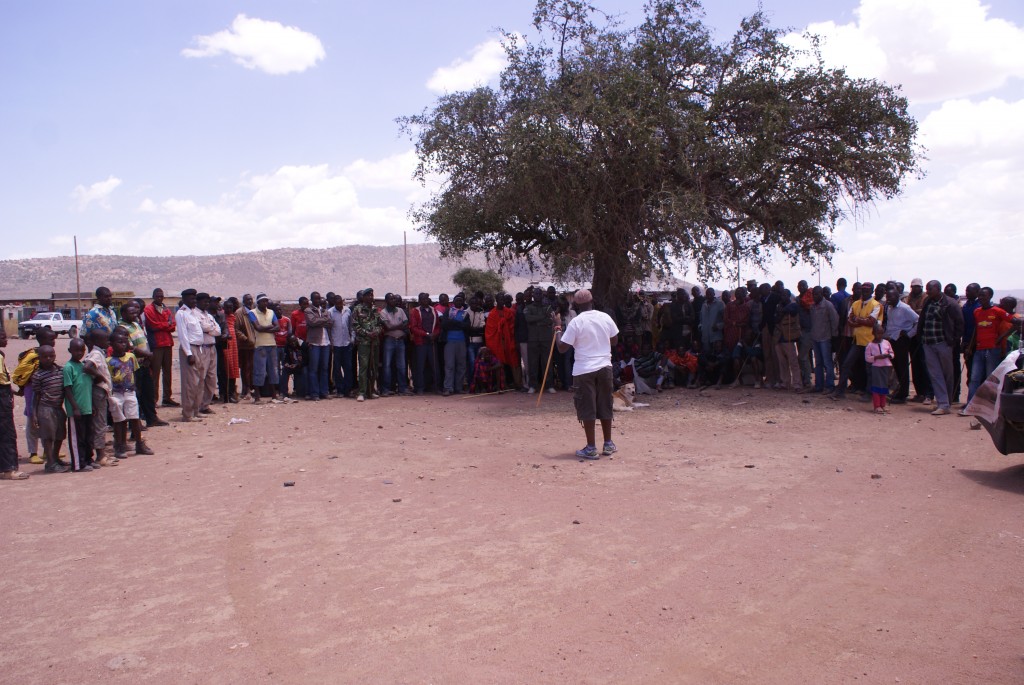 I am agonizing as we drive to Majimoto which is a Swahili name meaning “ hot water”, I think it should be hot land for it was hot and dusty. Once again we found the area chief had gathered people under a tree and as soon as they could here the music from our loud speakers people started gathering in that small town to here the message. How do you start the conversation with annoyance? That is what would ring in my mind watching a cow eating polythene bag from burning garbage. I was quivering and tongue tired looking for words from a saturated head! Looking at the innocent and eager crowd and I calmed my heart and spoke in Maasai language greeting them and narrating where we all started the journey and our encounters. Its at this point in time I mentioned how we should make our center’s clean and avoid littering as I point the cow that was listening to my speech eating curd and breathing smoke from a burning garbage, that alone aggravated one man who chased the cow away and put off the fire and this did not stop me from talking about the risk of such fires during the dry seasons.

The day was so long and now we are leaving Majimoto to our last center at Naroosora a cosmopolitan center and on the hill, there are people here who practice agriculture a lot of tomatoes, kales and bananas are produced in this area thus making it a busy center. On arrival to this center we found once again community waiting for us with aforementioned of our visit and calmed we addressed the local people who expressed their wrath due to high human-wildlife conflict caused by antelopes. We encouraged them to follow up on the new wildlife and compensation committee that address crop raiding cases with now County Conservation and Compensation Committee. 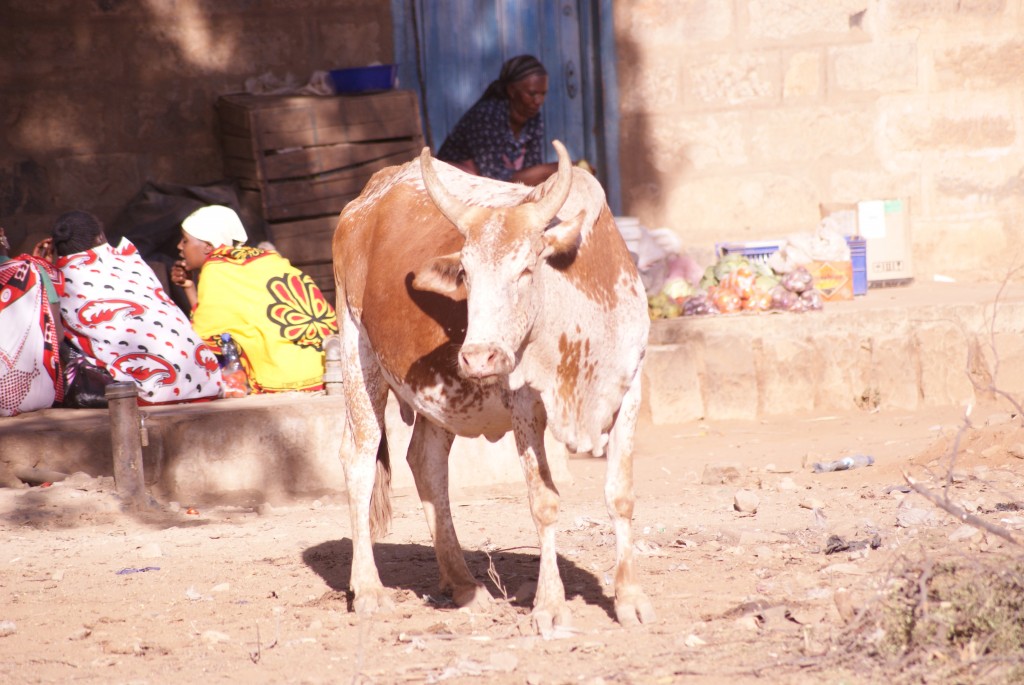 I am expected to address a big crowd on the same venue tomorrow being a market day.