Jim Justus Nyamu Executive Director of Elephant Neighbors Center and the leader of Ivory Belongs to Elephants Campaign was honored with International Special Recognition Award for Excellence & Achievements in Conservation by Mast The Magazine Awards (MTM). This award comes after the completion of 210 miles walk of The Great London to Bristol Ivory Belongs To Elephant Walk starts at the Natural History Museum in the London Borough of Kensington and Chelsea with stopovers in Windsor, Reading, Newbury, Swindon, Cirencester, Cheltenham, Gloucester, Stroud, Chippenham, Bath, Yate to Bristol. 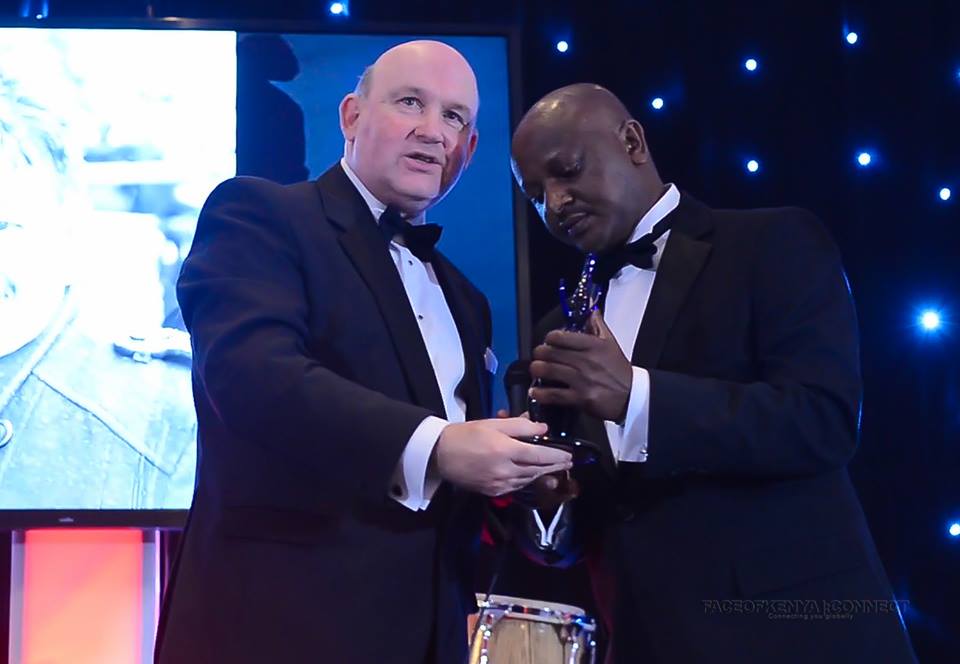 The MTM Awards are an exclusive award ceremony that gives an opportunity to network with a diverse international audience in a unique cultural environment and of its own type in United Kingdom; MTM Awards are the only awards ceremony of its kind in the United Kingdom welcoming a multitude of diverse guests.

In his acceptance speech Jim said, “If this award stands for anything, it stands for the united efforts by all of us though it has my name on it. I achieve because we achieve and we achieve because we face the challenges together”
In the presence of over 400 VIPs of Lord Mayors, Mayoress, African communities, different awardees among other invited guests, Nyamu welcomed more people onboard in his journey of securing a future for elephants for the sake of our biodiversity.

During the walk that took 10 days, Mr. Nyamu acknowledged the logistical challenges that the team faced while walking in the winter but they pulled through to the last day of the walk under his leadership.

Like he has been quoted a number of times before, Jim reaffirmed, “ The end of one walk is the beginning of another.” ENC in his leadership is now focusing on the Nairobi- Johannesburg Walk, which is anticipated to start in April 2018. The walk will take 14-16 weeks through 8 countries that have massive elephant rangelands.