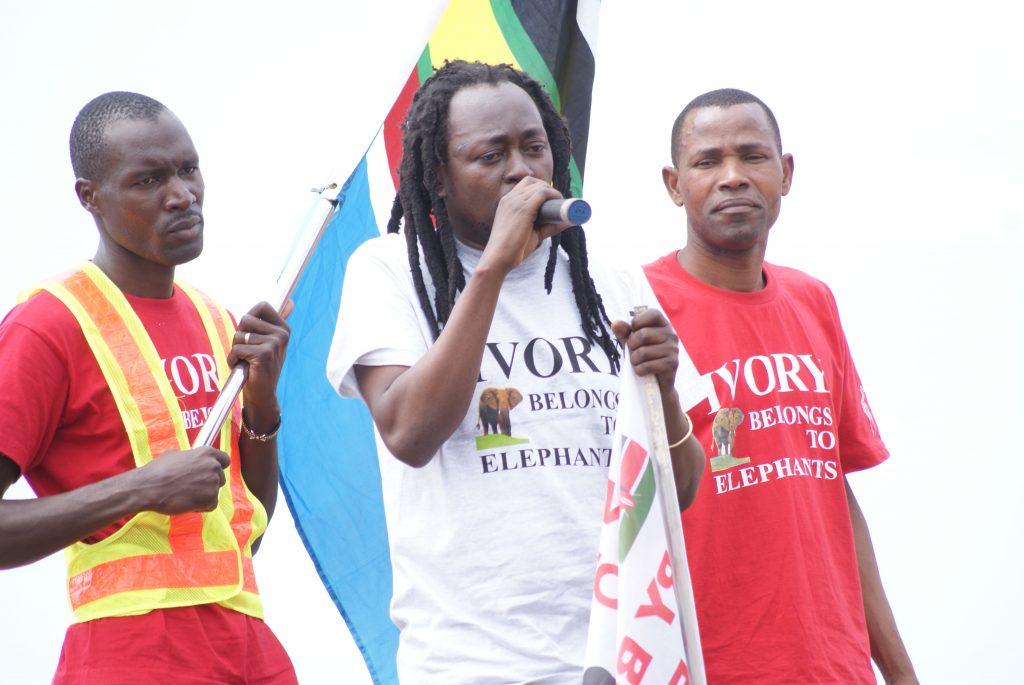 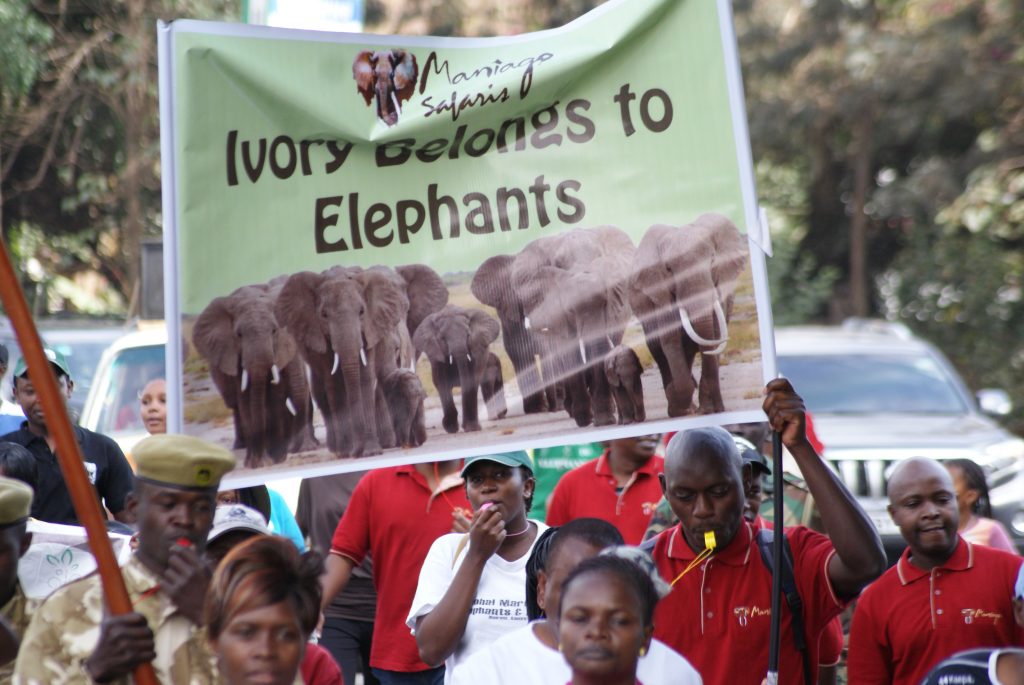 Maniago Safaris and their banner

Elephants Neighbors Center is a Non-governmental Organization, non-profit making, non-partisan founded in 2013 and registered under the NGOs act of the Republic of Kenya. It is a participatory research organization focusing on enhancing the capacity of communities living outside protected areas by educating them on how to live in harmony with wildlife. Statistics are an important tool in policymaking in countries and regional organizations.

According to the African Elephant Specialist Group, Kenya, Uganda and Tanzania lost 82,577elephants between 2002 and 2013 from a population of 134,506. Tanzania alone lost 55,000 elephants during this period while Kenya and Uganda’s population slightly increased. This is the most recent survey however; the years 2014 and 2015 are regarded as the worst years. A large number of elephants were lost. Countries such as Zimbabwe, Botswana, Namibia and South Africa have had their elephant population listed from Appendix I (list of endangered species) to Appendix II giving them an opportunity to trade in ivory. Elephants have no borders, they move from one ecosystem to the other regardless of the country. Kenya, Uganda and Tanzania are known to be the source of ivory that is sold to markets in the China, USA and other parts of the world. With this campaign Elephant Neighbors Center hopes to educate communities on the grassroots level, to appreciate wildlife and also help them establish ways they can live peacefully with them through beneficial community projects. The world is losing more elephants than the population can reproduce; this therefore threatens the future of elephants in the continent, there is need to educate communities. 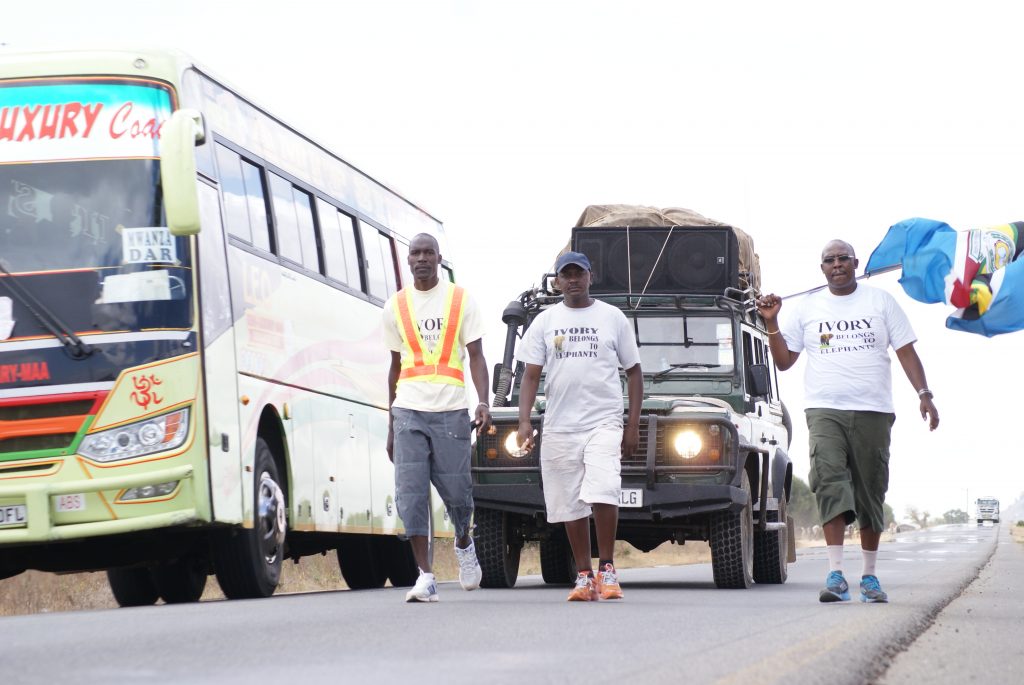 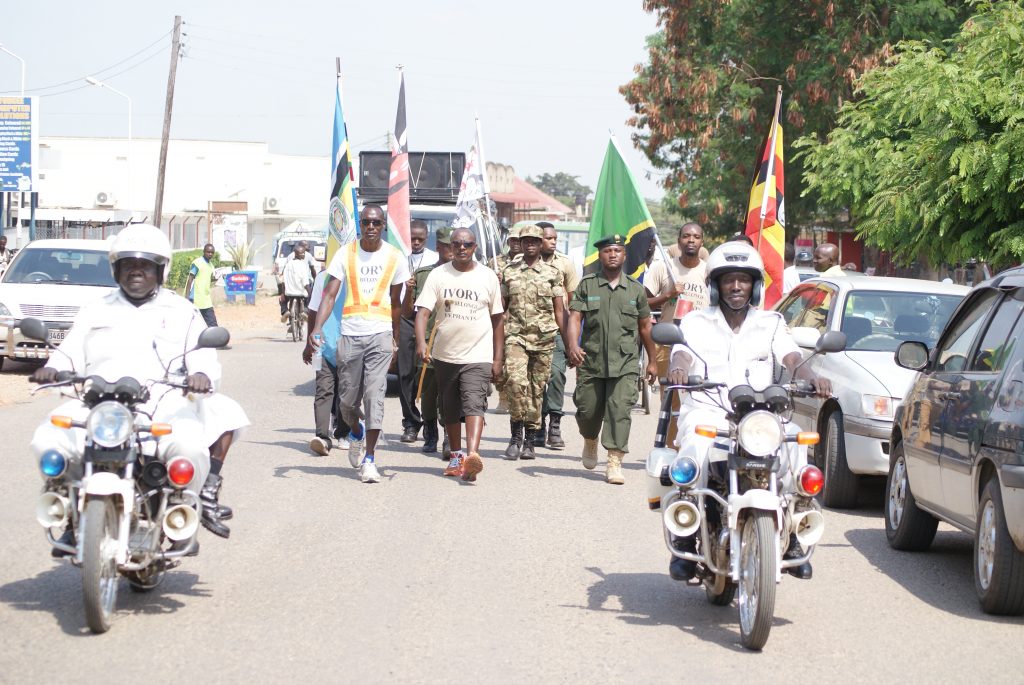 This was the longest walk with unique challenges says Jim Nyamu” ! However this walk received Government support with Cabinet Secretary to the Interior and Coordination of National Government Major retired Joseph Nkaissery introducing the team to his counterparts in Tanzania and in Uganda as well as the Cabinet Secretary Environment , Natural Resources and Regional Authorities Prof Judi Wakhungu. Prof Judi and her team visited Jim and his team in Arusha and walked the whole day despite the rains and traffic “ I believe in this cause “ say Prof Judi. The East Africa elephant walk mainly focused on wildlife conservation and with emphasis to elephant and Rhino conservation.

Elephant Neighbors Center brought together various organizations and three government agencies such as Kenya Wildlife Service, Tanzania National Park Authorities, and Uganda Wildlife Authorities. This walk received enomous support from African Funds for Endangered Species ( AFEW-Giraffe Center, Save the Elephants, International Funds for Animal Warfare (IFAW), The Nature Conservancy , Kibo Safaris, AAR Health, Maniago Safaris, NIC bank, Tanzania Private Safaris, Exotic Expedition Safaris, Lake Bunyonyi, Conservation Through Public Health among other organizations and individuals. East Africa elephant walk received International, National and local media attention i.e BBC London, UBC, Urban TV in Uganda, NTV, Citizen,K24, KTN, Ebru and KBC among other local Fm’s.
The Main Objective: The Ivory Belongs to Elephants East Africa Walk aims at bringing the three countries together to identify an action plan to put an end to this menace.
i. To engage the three countries through stakeholders in an attempt to establish an integrated wildlife anti-poaching and trafficking strategies.
ii. Raise awareness in grass root communities on importance of wildlife conservation against the rapidly growing negative attitude of these communities toward wildlife that is in turn fueling human wildlife conflict.
iii. Collect community opinions on possible alternatives mechanism and their intended benefits to explore possible options to enhance community participation in wildlife conservation. (This will be provided in a separate report captured in the dairy daily) .
Other activities along the walk included the followings ;
i. Holding public meetings in areas where we are walking through and organizing community meetings in areas experiencing Human-Wildlife Conflict to discuss with members on possible solutions; to create a more coexistence space for elephants and communities i.e Tinga Tinga in West Kilimanjaro, Lake Njipe, Hamukungu in Queens Elizabeth National Park in Uganda, Remoi areas of Iten Kenya among other areas.
ii. Taking the Ivory Belongs to Elephants message to worship places; churches and mosques
iii. Giving talks at institutions
iv. Educative conservation films screening.
v. Open discussions with relevant respective government officials and conservation stakeholders.