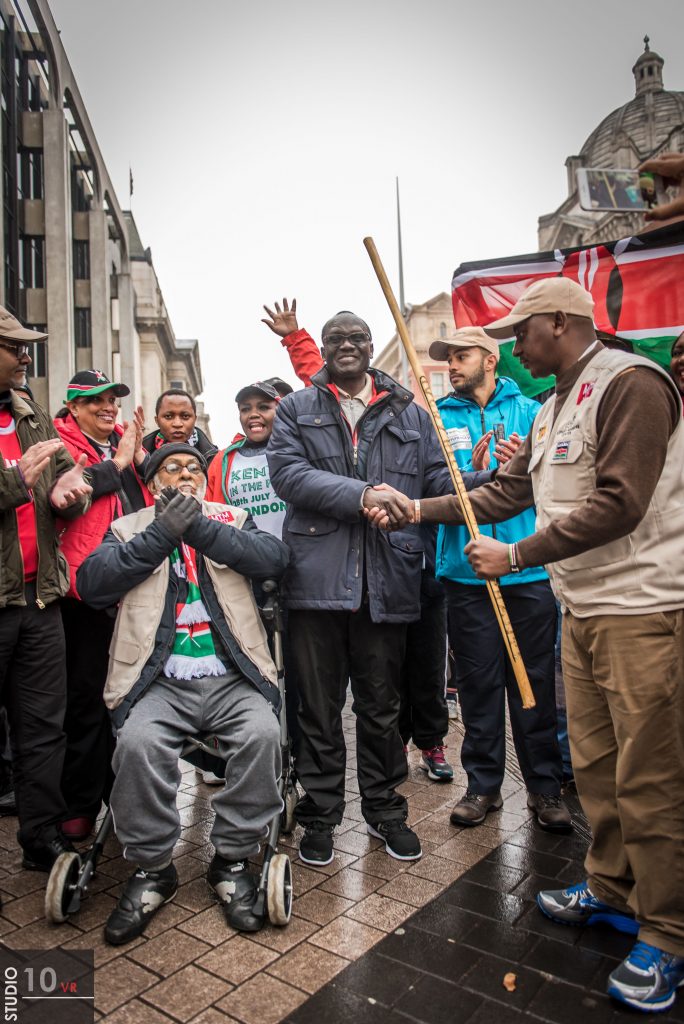 Kenyan Elephant Research Scientist and elephant specialist Jim Nyamu is on a chore to save elephants in Great Britain. Jim who is known as elephant man and is the leader and the founder of an elephant campaign dubbed Ivory Belongs to Elephants. He has been creating awareness on the plight of African elephants through walking since 2013.

In the company of 6 Kenyans Jim is walking from London to Bristol engaging people in major towns. Yesterday, which was the first day of the walk, he reached Slough from London, covering 27Km amidst harsh weather. On Monday morning, the team left for Slough about 35km passing through Windsor town the Queens’s Castle is based and spent time talking with different people including police officers at Windsor who were manning the change of guard at the castle.

Britain elephant walk comes at a time when African elephants continue declining due to poaching upsurge. Last month, November, US President Donald Trump openly dared to lift the ban on elephant trophies. He was quoted saying that “To support conservation, hunters should choose to hunt only in countries that have strong governance, sound management practices, and healthy wildlife populations say”. During the press conference organized by Face of Africa in London Jim disdained Donald Trump’s statement as ill opined move that cannot hold water. United State of America signed the International ban on Ivory in 1989 and since then they have supported elephant conservation through US- Fish and Wildlife among other wildlife agencies. 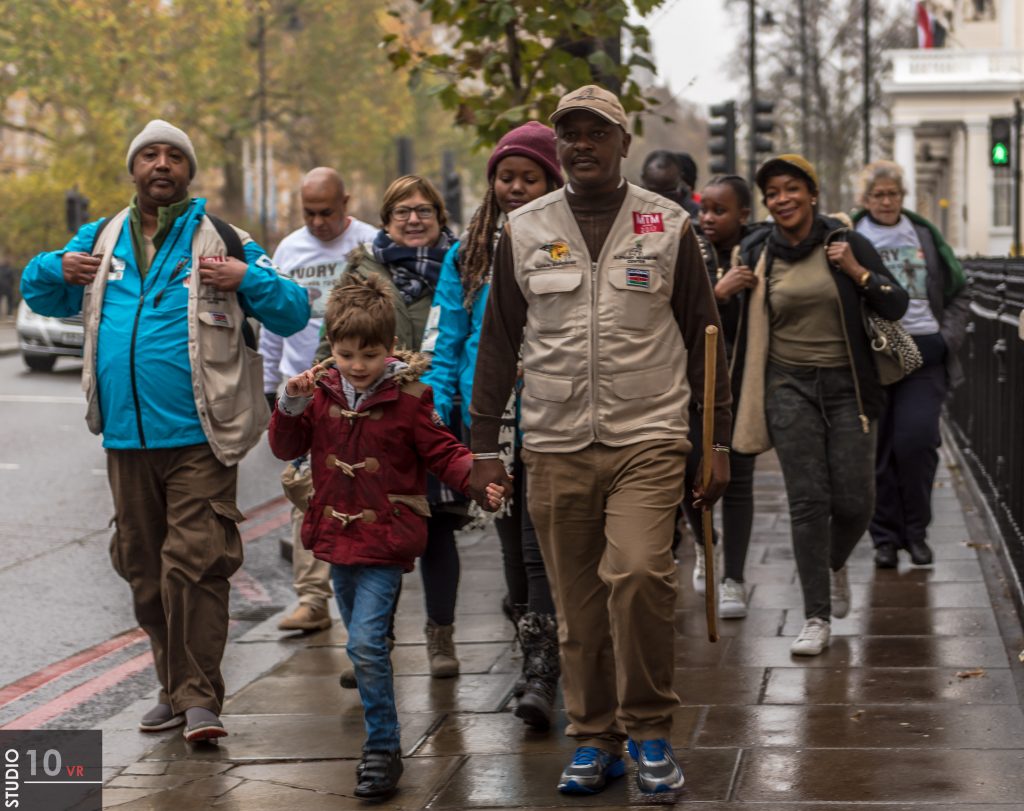 Jim is accompanied by the former Kenya Farmers Association Muzzafar Juma Khan (75 years), and is joined by Kenyans living in the UK who have been very vocal in his campaign since the inception. UK elephant and awareness campaign walk is Jim’s 13th walk edition with a special message to woo and support British government to close the illegal domestic ivory market. According to the Elephant Information Trade (ETIS), UK is categorized as a major hub market for ivory since 2011 to date. International rules allow Britain to legally export ivory when it is certified as having been “worked” or “carved” before 1976. In October 2017, the UK government announced plans to close the domestic illegal market in a quest to save the Africa Elephants. This government has dragged its heels over taking action, quietly dropping a 2015 manifesto pledge to “press for a total ban on ivory sales” in the summer election campaign earlier this year.
Mary Rice of the Environmental Investigations Agency is the opinion that the UK’s legal trade provides opportunities for the laundering of illegal ivory as well as fuelling its demand.

“We are delighted to be part of this great cause which we have been following since 2015 and we feel honored to have played a key role in planning together with Jim Nyamu”, said Junior Sheikh. This 13th edition has been planned by the MTM Awards spear headed by Raffi who is constantly on the ground walking alongside the Elephant Man.