According to African elephant specialist group (www.elephantdatabase.org ) Africa elephants population dropped from 472,269 to 401,732 between 2006 and 2013 , the cause of the decline is caused by illegal poaching of elephants arriving to 9% rate of decline primary due to poaching .The Primary data shows that between 2006 and 2013 Africa lost 193,749 elephants and South Africa lost 19,198 and East Africa 47,898 .

East Africa as a region is affected by poaching and has experienced an almost 55% elephant population decline, largely attributed to an over 60% decline in Kenya and Tanzania elephant population. Three East African countries Kenya, Tanzania and Uganda were classified also as Ivory source by the Convention on International Trade in Endangered Species (CITES) CoP 15 Doha in 2010.

Cases of poaching in the East and South Africa region have been cartelized by macro factors in their neighboring countries namely Zimbabwe, Botswana, Namibia and South Africa that are enjoying the down listing of their elephant population from Appendix I to II by CITES opening up opportunities to trade in live elephant and ivory.

The absence of sufficient integration multilateral and bilateral policies and action frameworks against acts and crimes poaching despite cross-border wildlife reserves and parks are significant loopholes promoting less conviction cases. Not any of this three broader country is safe working independently faced with a fact of cross-border elephant movement and migrations. It is justifiable that efforts such as the East African Walk, aimed at strengthening inter-state collaborations to identify integrated anti-poaching mechanism, action plan and task forces are required.

It’s in this spirit that Jim will lead an East – South Africa Grass –Elephant campaign and awareness walk. The 180 days walk aims at covering approximately 4500km aiming at one (mapping the elephant movement (trans-regional) from East – South Africa secondly showing the residents/nations how significant its in safeguarding these long corridors and thirdly lobbying for an amalgamated wildlife anti-poaching and trafficking strategy from the two region. Lastly this walk will also diplomatically ask the four countries namely Zimbabwe, Namibia, Botswana and South Africa to take their elephant population in Appendix I. These four countries are the only in Africa whose elephant population is in Appendix II and they can legally trade on elephants and have negatively affected the neighboring countries/region. 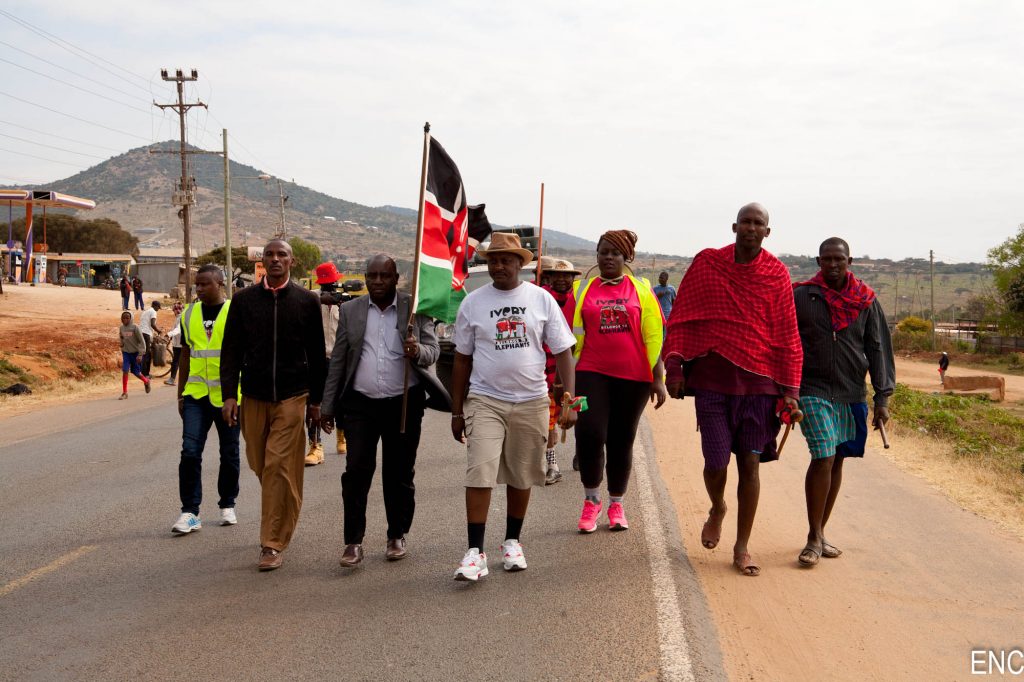